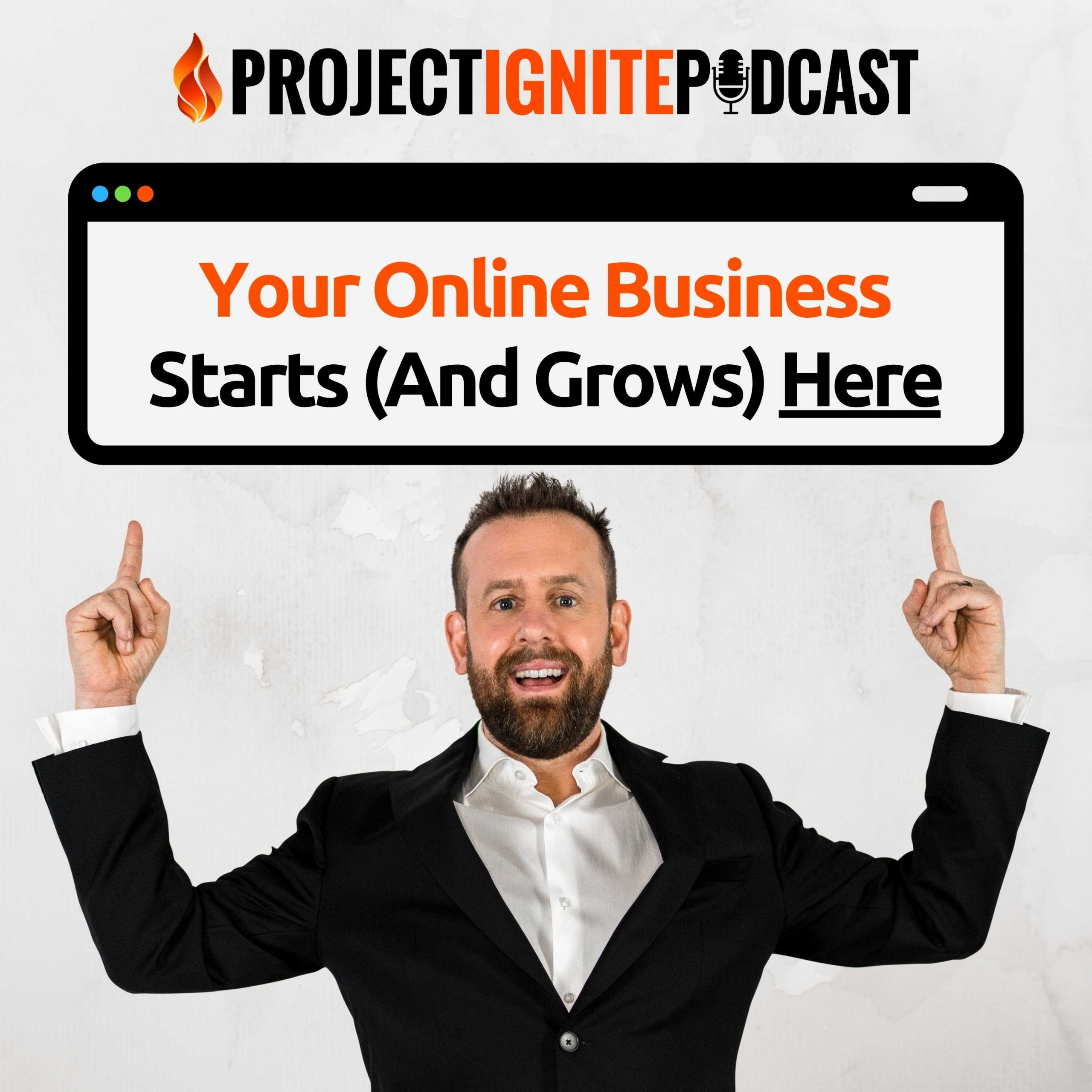 In this episode of Ask Derek, we tackle some huge questions for those of us getting started with outsourcing our designers and developers. How do I hire a website designer? How do I hire a web developer? Learning how to outsource web design and to manage your employees in an effective way takes time, but Derek has a few hard-and-fast rules that he lives by to ensure that the process goes smoothly.

Transcript of: How To Outsource Web Design Successfully

I should mention that if you’re listening on iTunes or on Soundcloud, this is a video podcast, so you can also find it on my YouTube channel, youtube.com/derekgehl, and you can watch the video there if you so choose. If you’re watching on YouTube, you can also find this podcast on iTunes, and subscribe, to get these podcasts automatically delivered to your devices.

It’s tough! If you’re not a technical person and you’ve never built a website, you need to tackle

If I told you that every one of those relationships has been massively successful, I’d be lying. I learned from the school of hard knocks. But now, I have a pretty good system down of some really hard and fast rules that massively increases my successes in how to outsource web development and how to hire designers online.

So today, what I want to do with you is share those hard and fast rules I have for hiring designers online, web developers, and graphic designers to work on my websites. Using this process, I have built massive websites, niche websites, and it works.

The first rule, and this is a trap that to many people fall into when looking for a developer, is trying to hire a jack of all trades. You say, I need a website, so I’m going to go out and hire someone that can build me a website.

Okay. Now, are there designers that can design and also develop and code a website? There are. But in my experience, they’re few and far between. When building a website, typically, you’re looking for two people.

Here’s what happens. If you hire someone that’s a jack of all trades and they’re a great designer, typically, the coding part of the website suffers. Alternatively, I’ve met very few people who are good coders that are also really creative and talented designers and graphical people.

So, when you’re building a website, always be prepared that you’re going to need to hire the graphics person for the layout and logos, and then a separate person to do the coding. It might cost a bit more, but it won’t be much because you’re paying for time, here.

And, you’ll get a much better result.

If you go to Upwork or Odesk, you can find agencies there that have coders. My best results have always been when I separate those two and hire two separate people. There are gems out there, but typically, you want to avoid looking for a jack of all trades.

Second rule for how to outsource web design, is quality first. Hire a website designer for quality first, and then for price. I meet people constantly that post a job on Upwork and get really attracted to those low cost people. But they end up either paying that person a lot more because it takes them a lot longer, or having to scrap everything they’ve done and hiring someone else to redo everything. 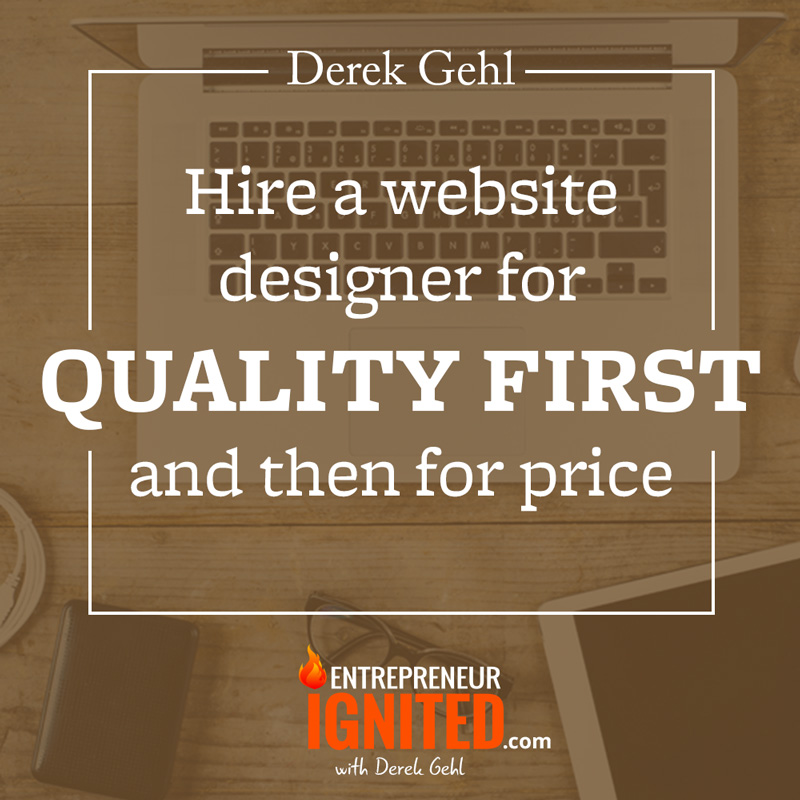 When I’m looking to hire a website designer, I look at the work they’ve done. I want to make sure that they’re capable of delivering the quality and result that I’m looking for. Once I’ve narrowed it down to the people that have the skills I’m looking for, I start to look at price.

At the end of the day, quality always has to come first.

This brings us to rule number three. Hard and fast rule number three. Pay for the project, not for time. The biggest money pits you can get into is when you go out and hire a developer and agree to pay them hourly with no fixed end dates. Not everyone will abuse this, but it’s human nature. If someone has the ability to take a little bit longer and make a bit more money, it can backfire on you.

Whenever you’re wanting to hire a website designer on contract, make sure you’re paying for the project.

So, pay for the project, not for the time. You’ll save yourself a lot of heartache.

Now, this is another mistake I see people make. Mistake number four, not putting enough due diligence into the hiring process. I see this happen all the time. People go to Upwork or Odesk and post a contract. They look through the resumes, chat a little bit about it, then send the person a message, hire them, and away they go.

Let me ask you this. If you were going to hire someone to work in your office as an employee, would you just send them a few messages and say, alright, come on in, you’re hired? No! Absolutely not. You want to interview them. Whenever I have a project where I need to outsource web development, I jump on Skype and interview them. It doesn’t need to be video, but they need to talk to me. One of the biggest things that I’m trying to really establish by talking to someone is that we can communicate clearly, and that they understand what I’m looking for.

I need to be able to say, this is what I’m looking for. Now repeat it back to me, so that I know we’re on the same page.

If someone won’t talk to me via audio on Skype, I don’t want to talk to them. For one, if there’s a problem, it’s much easier to communicate via speaking. And two, we’re dealing with people all over the world, and not everyone speaks our native language. We need to know that we can communicate with them and that they can understand our native language.

If they can’t, and we can’t communicate in their native language, how will they figure out what we want? The thing is, if you’re messaging, they can use a few tools to communicate and make you think, yeah, they understand what I need.

Speaking to someone takes it to a whole new level. So, before you invest, interview them!

I’m going to give you one more rule here, after number five. It just came to me. But rule number five is wire-frame it. Or sketch out your frameworks.

When you’re hoping to hire a website designer, particularly designers–design is very subjective and what I want versus what I communicate can be two very different things. It’s hard to communicate a vision of a website through explanation if it’s written or spoken.

The best way to communicate with a designer and developer is to go through and create a mock up. It’s effectively a sketch of the website. If you don’t know how to use wire frame software, and there’s some great stuff out there, just grab a ruler and a piece of paper!

Sketch it out. Write what you want, where you want it, so they can see your vision. Then, when you send it over, send a detailed description of what everything should do, and where all the text will go. The more detail you give to someone, the more likely you’ll get a favorable outcome.

Whenever I hire designers online, I use a program called MyBalsmiq, which is a really simple tool, to go in and drag and drop to create a wireframe, and put my notes in. Then I send that to my developer and designer and then they can reach out for clarification.

If you are not specific, the likelihood of getting the results you really like is almost nill.

Put in the work up front, draw out exactly what you’re looking for. Pick the colors you want. If you want specific functionality, explain that. The more detail you give, the more likely they’ll be successful with it.

Why people fail isn’t always the developers fault. Nine times out of ten, we need to be taking responsibility for not giving them the information that they need to do the job. Effectively, we want them to read our minds. If you ever find someone that can read your mind, let me know. ‘Cause I’d pay them all day long. 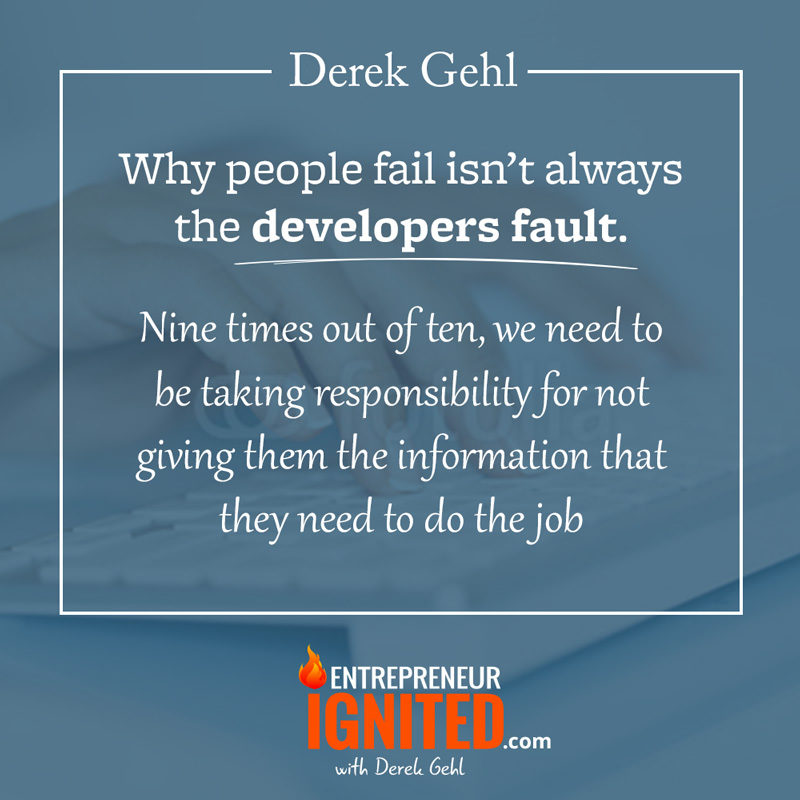 So, to outsource web design, there’s one more tip, which is, make sure that you test them before you make any big commitments. What I mean by that is, if I’m going to hire a website designer to work with me on a project, or on an ongoing basis, I’m not going to just hire them right off the bat. I’m going to test them a little bit with a small project. Create a logo, or an opt-in form.

Something small. It may only take a few hours, it may only cost me $20. But at the end of the day, it’ll demonstrate their skills to me before I make any long term commitments. I’ll send this little project out to my top three favourite candidates. I’ll see who gets back to me the fastest, who gives me the closest result, and I’ll pick the best one from there.

If it costs me $50 to send that test out there and find the best guy, it’s well worth it. Especially on big projects like building websites.

There’s my hard and fast rules for hiring designers and developers.

There you have it. If you follow those rules on how to outsource web design, you’ll be much more successful hiring designers and developers anywhere in the world.

This has been another episode of Ask Derek from the Project Ignite podcast, I hope you learned lots. As always, if you haven’t done so yet, head over to iTunes or Soundcloud and subscribe. If you’re already subscribed, leave me a rating or review.

If you’re watching on YouTube, leave a comment below. I’d love to hear from you as well.

See you in the next episode!

Scaling Your Coaching Business To $10K & Beyond – With Drasko Raicevic